Amidst the uncertain economic prospects around the globe, the 2016 union budget is all set to provide an indicative platform of the government’s economic policies and impetus to its strategic campaigns such as Make in India, Start-up India and Digital India, which seem to lumber along.

In this article, we will discuss key areas where reforms are required in order to boost the manufacturing and B2B business sector.

As per Nielsen’s report, the Indian manufacturing sector has the potential to reach $1 trillion by 2025 and can roughly contribute 20-30% to India’s GDP. For this to happen, the service sector needs to have a strong manufacturing base as it cannot operate in vacuum. Growth in the manufacturing sector can be a big determinant in India’s growth and can also help in progressive growth in the three big Government of India initiatives.

In the past years, the manufacturing sector has been plagued with certain viruses. Some of them are: weak consumer demand, decline in exports and negative growth in capital goods sector and infrastructure spending.

The only way the growth can be accelerated is if there is a demand push.

The main focus of the budget has been on agriculture, rural economy and development of the infrastructure sector. The Government has rationalized indirect taxes to give more thrust to domestic manufacturing. To balance the rate reduction, the government has recently laid down a road map to phase out several tax exemptions and deductions from April 1, 2017.

With certain changes, everyone hopes that the budget will certainly accelerate the growth pedal for the manufacturing sector and for the economy as a whole.

Effect of the 2016 union budget on the manufacturing sector

Become a Successful Supplier of Baby Clothing with the Smart E-commerce Solutions from Pepagora.com

Building an online presence,a must for SMEs 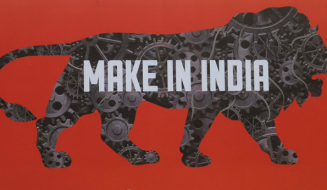 B2B can power ‘Make in India’

Lead the way as a Successful Wholesale Baby T-Shirts Supplier through Pepagora.com